Family Law What happens to the family home after a divorce?

What happens to the family home after a divorce?

The majority of divorces in Orange County and/or Los Angeles County include considerations of what to do with the family home at the time of divorce. There are several choices for dividing the home in the State of California which will likely depend upon several factors including 1) when the home was purchased, 2) the classification of the funds which were used to make the down payment and monthly payments and 3) whether one party wishes to remain in the home after the divorce is finalized. See California Family Code Section 2640 – http://leginfo.legislature.ca.gov/faces/codesTOCSelected.xhtml?tocCode=fam

If the home was purchased in Orange County or Los Angeles County by one spouse prior to marriage and was fully paid off prior to marriage the house will be considered to be separate property of that spouse unless the home was transmuted into community property by a written agreement and/or a deed during marriage. In this situation the spouse who paid for the entire cost of the home will be entitled to keep the home as his/her separate property upon divorce. If however the home was not fully paid off prior to the marriage there may be a right to reimbursement for any community funds which were used to pay off the mortgage and/or for the value of any improvements to the property which were paid for with community funds. A detailed analysis of the finances which were used to pay for the home and any improvements will need to be conducted including an analysis of the value of any improvements and their appreciation during the marriage. Representation by an experienced Orange County and/or Los Angeles County attorney at the Law Office of Sam Walker would be of great benefit to any parties needing to fairly determine the rights and responsibilities with respect to the family home. See https://codes.findlaw.com/ca/family-code/fam-sect-2640.html

If the home was purchased during the marriage it will be considered community property absent a transmutation agreement. If the parties will be selling the home and dividing the net proceeds from the sale equally the division of the home will not present any complicated division. If either party wished to remain in the home after divorce and obtain ownership, they will need to buy out the other spouse with either cash or some other mutually agreed upon exchange. 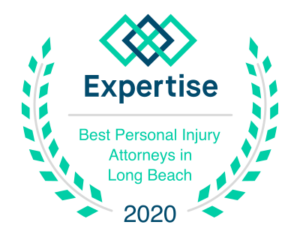